(950 – 2277 m. n. m.)
The largest ski area in the world Portes du Soleil is located near the Lake Geneva on the border between Switzerland and France. Name Portes du Soleil could be translated into Czech as the Sun Gate. The whole vast area was created by linking 14 centers and provides breathtaking views of Lake Geneva and the surrounding countryside, headed by Mont Blanc. Thus offers incredible skiing 650 km of downhill runs of all difficulty levels and lengths, so there is something for everyone.

You can freely move between the French and Swiss sides and back of the slopes do not go down twice. Skiers available 41 Green, 110 blue, 109 red and 28 black slopes. Lines are oriented in all directions and there is a free plains with deep snow for freeride skiing options. Transportation of skiers in ensured by 114 lifts, 78 Chair and 14 cable cars with a total capacity of respectable 240 thousand people per hour.

Starting place to ski resorts in France are town Abondance, Avoriaz, Châtel, La Chapelle d'Abondance, Les Gets, Montriond, Morzine and Saint Jean d'Aulps and Champéry in Switzerland, Les Crosets, Champoussin, Morgins, Torgon the Val d'Illiez, which lies above the valley of the River Rhone. Much of the complex is interconnected ski lifts and cable cars, marginal areas combine regular ski buses running. Trails located on the Swiss side are generally considered to be less demanding, only resort Les Crossets the Pointe de Mosset has severe slopes, which should dare only actually experienced skiers. French Avoriaz then offers challenging trails, sought as 4 PREPARED km long black track Crozats and more 3 Black, eg. “World Cup”. Offer slopes at other centers is due to slight slopes suitable for families and beginners.

Celá rozsáhlá oblast Portes du Soleil je doslova rájem pro vyznavače běžeckého lyžování, waiting there for them 245 miles of marked and groomed cross-country trails, most of which can be found on the French side. Several popular stop with challenging sections located around Morzine and Champery and around Lac de Morzine with panoramic views of the surrounding Alps. Also lovers of snowboarding in the Portes du Soleil come to their. There is a wide range of snowboarding areas with U-ramps, jumps, rails and many other obstacles. On the Swiss side of the Superpark Les Crozets, smaller fun park is also over Champoussin. On the French side in Chatel snowpark and boardercross is complex Torgon. The widest range of snowboarding in Avoriaz – snowpark Arar a snowpark Chapelle. Smaller fun park was built in the area of ​​Les Gets. For experienced ski-touring with good technique and physical fitness is ready unique Ski Safari, which intersects the center. Trips to Switzerland 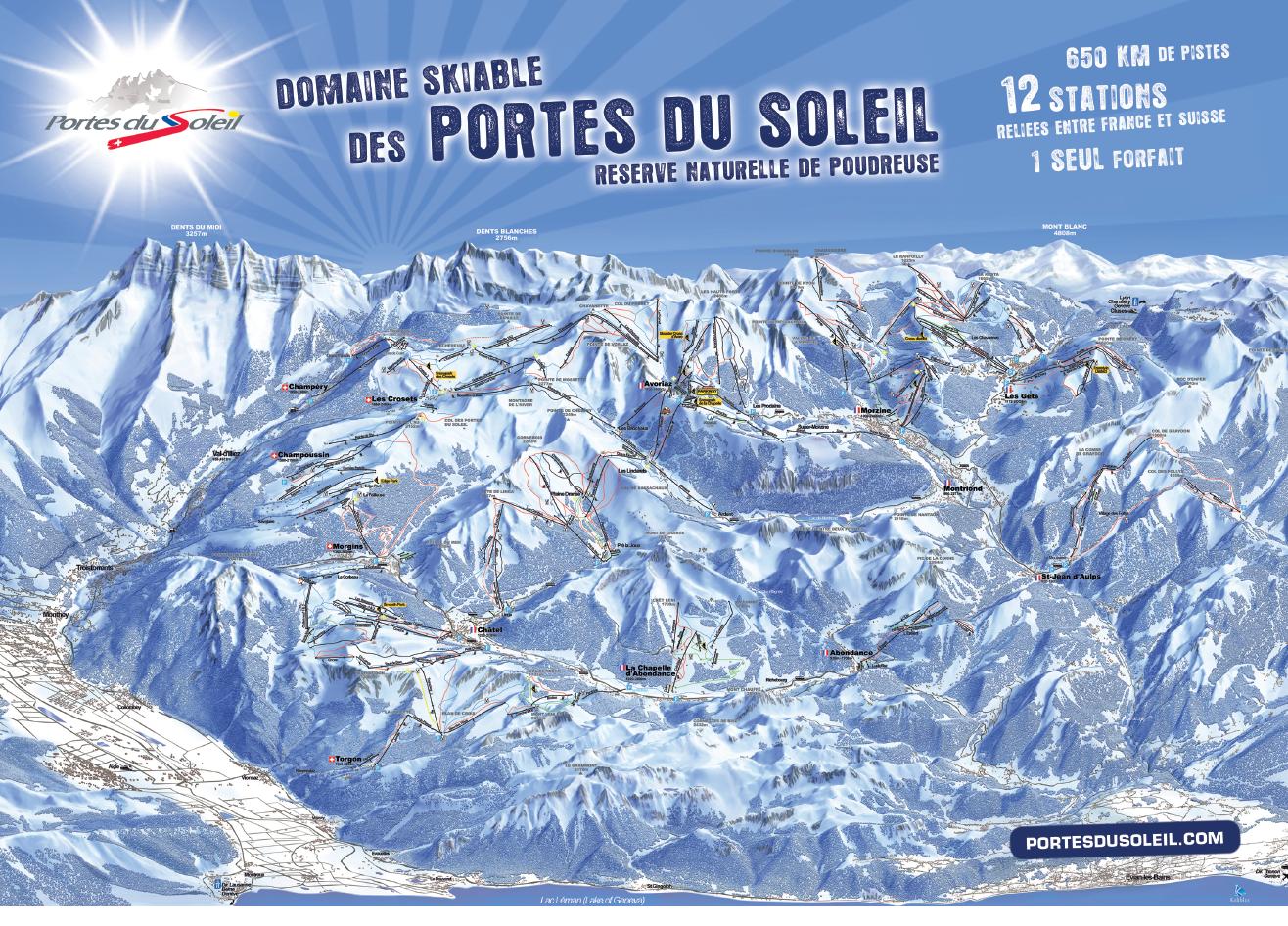