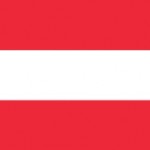 Jedete na ski, round, the mountains or for leisure in Austria?

Nabízíme řadu kvalitních destinací a různé druhy accommodation pro vaši dovolenou v této Alpské zemi. Company the way, Conference, tour… Choose from a wide range on our website… or send us a sense of a destination and your requirements, we will do everything necessary…

Request form Accommodation in Austria in “Peace” for you…

(oficiální název zní Republika Austria, německy Republik Österreich) is a landlocked federal republic located in Central Europe. It consists of 9 Länder. It borders with Switzerland and Liechtenstein to the west, s Itálií a Slovinskem na jihu, Hungary and Slovakia to the east, and the Czech, Německem in the north. Největší města jsou Vienna, Graz, Linz, Salzburg a Innsbruck.

Österreich in English means "Eastern Empire". It comes from staroněmeckého Ostarrîchi (documented in a charter of Emperor Otto III. year 996), This was the name of so-called. Eastmarches (Marchia orientalis), which was at that time the easternmost territory of the German population. Austria Latinizovaná appearance has nothing to do with Australia (terra australis incognita = unknown southern land).

Czech naming Austria (historically Rakúsy, Austria later) comes from a border castle Ratgoz (Raabs today at the confluence of the Moravian and německéDyje), Czech businessmen whose name garbled on Rakús (or Rakús). According to him, then named the surrounding territory and later the whole country.

Na území Rakouska se nachází údolí Kleinwalsertal – funkční enkláva Německa. Kleinwalsertal sice patří k rakouské spolkové zemi Vorarlbersko a geograficky leží i těsně při ní, but based on topographic position is only accessible by road from Germany. Other similar German enclave exists in Tyrol. Obec Jungholz, in which to get also from Austria, associated with the latter only 1636 m high mountain Sorgschrofen.

Na druhé straně existuje i funkční enkláva Rakouska, která se nachází ve Switzerland. City Samnaun been long been associated with any route Switzerland, but accessible only through the Tyrol. This led to, that there Romansh disappeared and instead adopted the local dialect residents alike tyrolskému. Meanwhile, a road was built leading to Samnaun, which is already moving in entirely on Swiss territory, and even includes duty-free zone, that there had already been introduced. In a similar situation as Samnaun was until 1980 Spiss village at the Austrian-Swiss border.

Approximately 60 % country is mountainous in nature and has a share of the Eastern Alps (especially Central Tyrolean Alps, Hohe Tauern and the Tauern, Northern Limestone Alps, Southern Limestone Alps and the Wienerwald). In Upper and Lower Austria, north of the Danube, is part of the old mountains of the Bohemian Massif, which extends further into the Czech Republic and Bavaria. On the eastern borders lie Malé Karpaty Mountains.

Great Plain lies to the east along the Danube (mainly Alpine foreland basin and Vienna with the Moravian field), but also in the southern Styria, which for its resemblance to the Italian countryside Tuscany also called Styrian Tuscany. Großglockner from the southwest

Austria's largest lake is Lake Neusiedl in Burgenland, which comprises 77 % its total area 315 km ² (the rest of the lake is part of Hungary). Followed by the Attersee 46 km² a Traunsee s 24 km ² in Upper Austria. Big Lake Constance is also an area of 536 km ², Austria, however, belongs to only a small portion. Lakes are next to mountains of great importance in tourism, especially Carinthian lakes and the Salzkammergut. The most famous example is. Wörthersee (the biggest lake of Carinthia), Millstatt, Ossiach a Weissensee. Also known as Lake Mondsee and Wolfgangsee on the border of Upper Austria and Salzburg.

The largest part of Austria (80 566 km ²) is drained by the Danube to the Black Sea. Only small areas are drained Rhine (2366 km ²) into the North Sea. Large tributaries of the Danube (from west to east):

Climate – Austria's climate is described as mixed oceanic and continental climate, or. Pannonian climate. Thanks to these particularities climate is known eastern Austria freezing winters and hot summers with low precipitation year round. Thanks to this, Austria rightfully belongs to the Central European Transition Climate, with regard to the Alps in the middle and on the west and the Pannonian Plain in eastern.

German is the official and native language of approximately 98 % Austrian citizens. Although there is no "Austrian standard German", Austrian variant of standard German show some deviations from other German-speaking countries. They are captured in Austria dictionary, which is then taken as the source of rules Dudenovým dictionary. In Austria, there are mainly two basic dialects hornoněmeckých languages:

Surface of Austria consists of two-thirds of the Alps belonging orography Eastern Alps. Alps, however, do not occupy the entire area of ​​the country and there are several completely different mountains and landscapes. Alpine foothills face is furrowed longitudinally multitude of mostly flowing rivers, comprising up to several tens of kilometers long valley. In Austria affect the overall breakdown only Eastern Alps. You further divided into three geological units. The main Alpine ridge, who form the majority of the largest Austrian mountain crystal falls under the Central Alps. Prevailing rock is gneiss, granite, schists, slate, but marginally sandstone, limestone or dolomite.

are the main source area of ​​Europe. Almost the entire territory of Austria belongs to the Danube. The only exception is the westernmost Land Vorarlberg, whence the rivers drain into the Upper Rhine, possibly in Lake Constance. The Danube flows through the Austrian territories in length 350 km and is the only navigable river. Danube to infuse almost all alpine river. In the first place it is the Inn, Salzach, Traun, Enns, Ybbs, Traisen,Drava, Mur and more. A large proportion of the river flow has more than 600 km ² glacier. Austrian Alps can boast an unusually large number of lakes. Overall, there are about 580 and are mostly of glacial origin. Most of them are small diamonds hidden lake high in the mountains. Great Lakes look for more in the foothills of the Alps. The severuhřebene it is mainly the Salzkammergut region (Salzkammergut mountains) s jezery Attersee (46,7km ²), Traunsee,Mondsee, Wolfgangsee a další. To the south are the Austrian Alps lake in Klagenfurt basin – Wörthersee,Ossiachersee, Millstättersee atd. The highest parts of the mountains, especially in the Hohe Tauern was built a huge dam lake, which have considerable energetic importance for the whole country.

Ibex in the Berchtesgaden Alps

Alps are presented primarily for its tiered arrangement of vegetation zones. The slopes of the mountains to the above 700 m (in the south to 800 m) occupy mostly meadows, field or vineyard. From this height have been growing forests and up to the 2000 m (Northern Limestone Alps – 1800 m). Forests occupy in Austria to 38% total land area. Nejrozšířenějšídřevinou the spruce. Above the tree line climbs up to 2700 m zone scrub and above that height to meet with staves mountain juniper forests, willow and dwarf rhododendrons. The highest mountains of the floor belongs alpskýmbylinám. The mountain forests are still living abundantly roe deer and deer. At higher altitudes will meet with representatives of typical alpine fauna – chamois, ibex and marmots. Although the bear was extinct in the Alps, Yet we can with this beast represents the biggest European meet primarily in the areas of the Southern Limestone Alps (Carnic Alps), which migrates here from the nearby Slovenian Alps. Is the largest national park Hohe Tauern Nationalpark (Hohe Tauern). Today the entire area of ​​the park including the ochrannýchúzemí 1800 km ², making it the largest territory in the Alps chráněním. The NP is located in the federal states of Salzburg,Carinthia, East Tyrol and Tyrol.

Nationalpark Nockberge was announced in r. 1987 and protect the unspoiled nature in less familiar Nockberge massif in the federal states of Carinthia, Salzburg and Styria. On the desktop 21000 ha are protected natural alpine relief, Alpine meadows and mountain peaks around the highest parts. Significant encroachment into the alpine landscape was build silniceNockalmstrasse leading up to 2000 m n. m. The area of ​​the park can observe the rich flora (rare pochybek, dwarf birch, Mochan and more). Among the mammals is present deer, chamois, marmot, bird empire represents Owl, grouse and very rare Bore.

Among the most important protected areas to name a few to caves Dachstein Dachstein-Mammuthöhle and Riesenhöhle and adjacent lakes Gossauská, Totes Gebirge part of the mountains around Lake Grundlsee, deep valley of the Enns called Gesäuse. In Lower Austria is an area vrcholuÖtscher and limestone gorges in the vicinity. As protected areas are declared part of the Wilder Kaiser mountain range in Tyrol and Karwendel. Natural parks jsouHohe Wand, Schwarzau mountain v Pohoří Rax, a large area of ​​the eastern Tauern Low – Stein. Among the natural reserves in the Alps remember the first Krimml Waterfalls, which is among the largest in Europe, See also Lake Altausseer in Salzkammergutberge and many more.

Division of the Austrian Alps