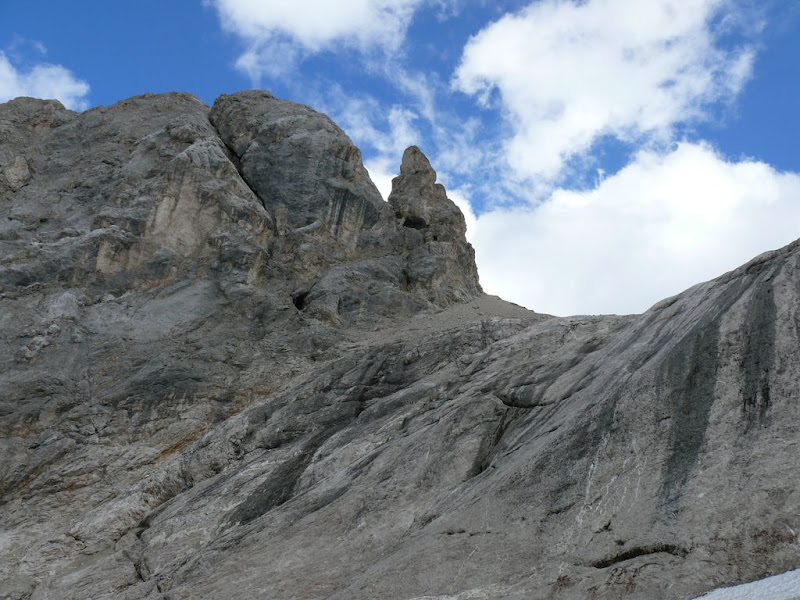 Ledovec je dobře přístupný. Kdo touží “to touch” it, can take advantage of favorable prices and be exported to lift hut Rifugio Pian Fiacconi. Reachable by cable car is the second highest peak groups Punta Rocca di (3 309 m). In the fall of 1917 was drilled in the body of the glacier 8 km of tunnels and built a town. Nowadays glacial drift no longer exist. Continual movement of the ice fields were destroyed shortly after the First World War. But sometimes, even today glacier guide shoes for unexpected expenses remnants of war – often the corpses are frontline soldiers. I Marmolada massif has its museum War. It is established in Punta crest Serauta (3 288 m), which was an important strategic point of Italians. Territory known “Area Sacra” ( Sacred, memorable place ), offers attractions besides the war and unique views. Another freely accessible museum ( Museum of the Great War in Marmolada ) is in the middle building second terminal at Punta di Rocca.

First ascent – rakouský horolezec Paul Grohmann s italskými vůdci A. a F. Dimaiovskými climbed to the highest point in the year 1864. He had previously been carried out on the ridge outputs, but not to Punta Penia. The path leads mostly glacier - cracks, difficulty II. 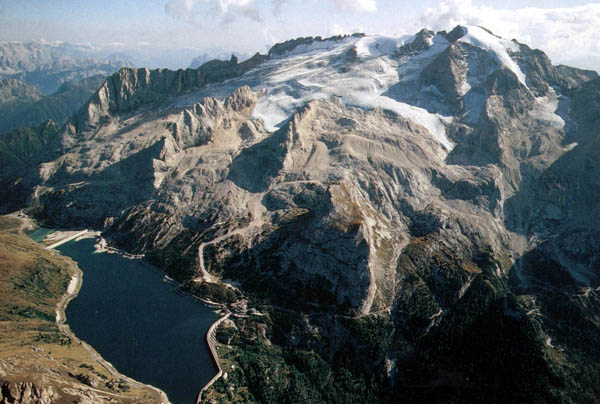 If we want to admire “Queen” in all its glory, almost instructional perspectives offers a particularly heavy made trail Via delle Trincée. It follows the old war sidewalks, through rugged rocky ridge Crepes de Padon, which reaches the highest point on the top of Bec de Mesdi (2 727 m). North of Lake Fedaia, path rises meadows up to the Porta Vescovo. Then through the steep rock catch-up proceed further along the ridge, pursued by wire ropes, at the end of the cable-stayed bridge. Visibility is good except Selly Sasso and Lunga, i can overlook peaks Tofani. Everywhere we meet with military emplacements from World War II. From the final leg of the journey is well visible Marmolada glacier ski area.