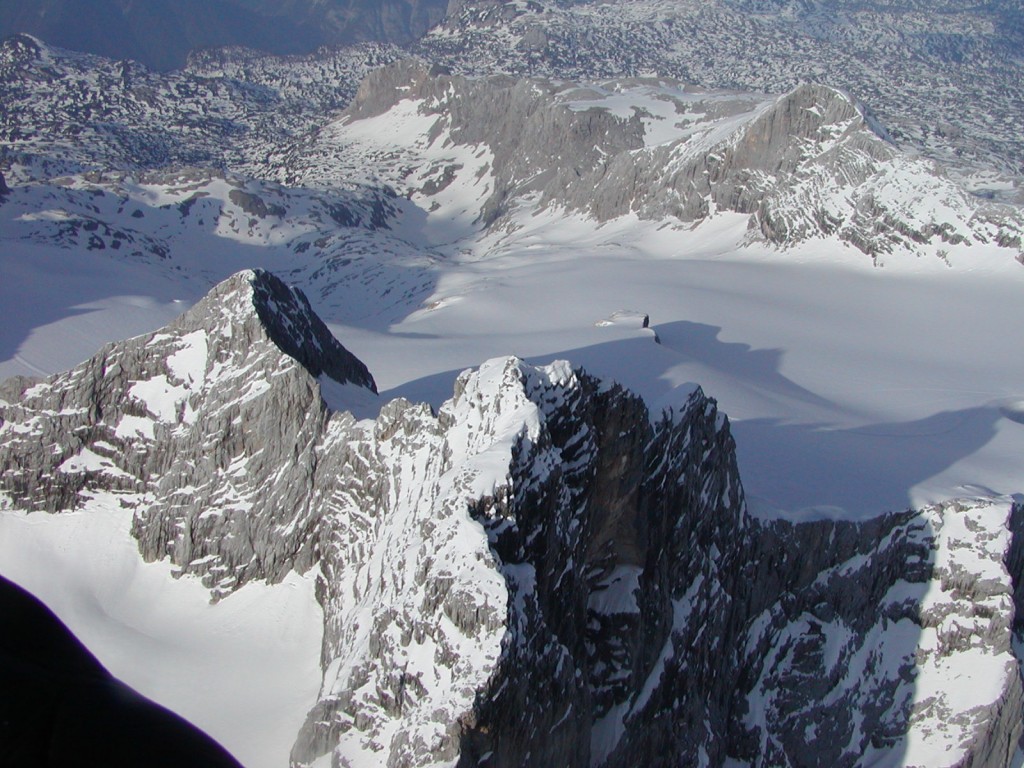 is a mountain massif in the Northern Limestone Alps. The highest peak, Hoher Dachstein, is the second highest mountain in Northern Limestone Alps. It is the highest mountain in the Austrian province of Styria(Styria) and Upper Austria (Upper Austria), because it is over the top provincial border between the provinces. On the shores of Lake Hallstatského was discovered one of the oldest human settlements.

Dachstein Mountains, an area of 900 km ². It is located in Austria, on the border of Upper Austria,Štýrska a Salzburska. In the north it is bordered by massive valley Kainisch Traun, the south is separated from the Low Taur řekyEnns long valley and west of the massif Tennengebirgeúdolím Lammer.

Geography – Dachstein massif covers an area of ​​approximately 20 × 30 km. Most of the area consists of undulating plateau with many karst phenomena. The highest peaks are located in the periphery, and fall to the south, especially high walls (when 1100 meters) Valley. Dachstein is also the site of the northernmost and easternmost while glaciation in the Alps. There is a Hallstatt glacier, Big Gosauský glacier, Small glacier Gosauský, Schladmingerský glacier, Edelgriesský ledovec, Schneeloch, North and South Torstein Torstein.

Dachstein massif is divided into several separate groups. Apart from the very top of the Dachstein it is located in the north of separate peak Hoher Sarstein(1975 m). To the west lies the Gosaukamm group with the highest peak Grosser Bischofmütze (2459 m). East from the top of the Dachstein plateau is arid plateau called Am Stein (1720 m). The last group of mountain located entirely in the eastern territory is lonely peak Grimming (2351 m).

The Dachstein massif two chair lifts. They Dachsteinseilbahn from Obertraun and Dachsteinsüdwandbahn. Massif also passes through remote alpine cestaVia Alpina. There is a system of ice caves consisting of Dachstein-Rieseneishöhle, Dachstein Mammoth Cave a Koppenbrüllerhöhle.

First reached the top of the Dachstein Peter Gappmayr in 1832, Gossauský way through the glacier and west ridge. There are a number of different climbing routes and secured. Popular routes are secured Dachstein Westgrat and Johann Klettersteig. The climbs are known Steinerweg and Pichlweg. Do Dachstein massif also includes Gosaukamm, where one of the popular highlights Grosser Bischofmütze, Tom Thumb, Lower Grosswandeck. 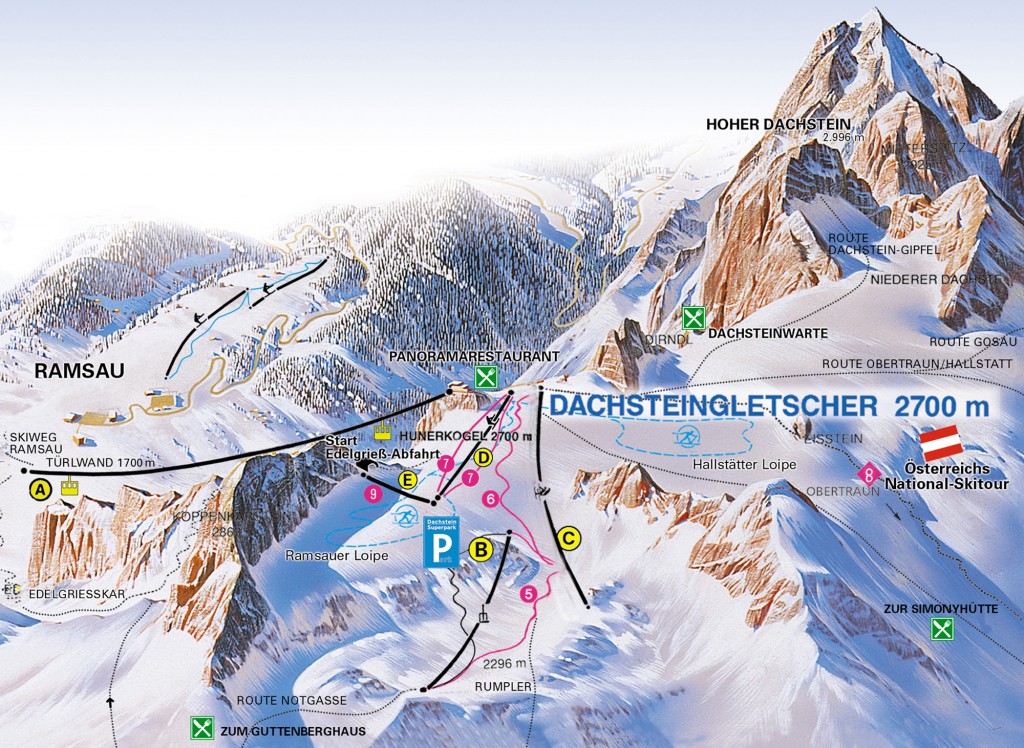