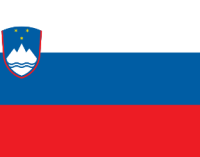 Going on skis, round, the mountains or to relax in Slovenia?

We offer a range of quality destinations and various types of accommodation for your vacation in the south-eastern Alpine country. Company the way, Conference, tour… Choose from a wide range on our website… or send us a sense of a destination and your requirements, we will do everything necessary…

Fill inquiry form We provide accommodation in Slovenia “Peace” for you…

In September 1943 the Anti-Fascist Council of National Liberation of Yugoslavia decided to renew the federal Jugosláviena basis. One of the federal units should become even Slovinsko.Za date of origin is considered Slovenia 19. February 1944, when he was in Crnomelj Slovenian Liberation committee is transformed in Slovenia Liberation advice, essentially the first Slovenian parliament.

Slovenia is situated in Central Europe, has access to the Mediterranean Sea and a substantial part of its northern border is the Alps, namely mountain ranges Julian Alps, Savinja Alps, Karavanky a Pohorje. Its coast, lying on the Adriatic Sea, extends approximately 47 kilometers from the border with Italy to Croatia. Southwestern part of the country is dominated by krasy, which is registered less than 6,6 thousand, with underwater rivers, gorges and caves, lying between the Mediterranean Sea and Ljubljana. Conversely east and northeast of Slovenia, near the border with Croatia and Hungary, is almost equal. Nevertheless, a substantial part of Slovenian territory hilly to mountainous and about 90 % surface lies above 200 meters above sea level.

In Slovenia, faced four major European geographic regions - the Alps, Dinaric mountains, Pannonian Basin Mediterranean. The highest peak is Triglav the 2864 meters, average altitude is 556,8 metrů.Přestože lies off the coast of the Adriatic Sea, substantial part of Slovenia is located in the Black Sea basin.

Around half of the country (11 861 km ²) covered with forests, making Slovenia, in Finland and Sweden, nejzalesněnějším third state in the European Union. On the Slovenian territory can be found and the remains of forests, particularly in Kočevje. The agricultural area occupies approximately 4 685 km ², of arable land around 1 751 km ², permanent grassland 2 673 km² and the remaining 260 km² permanent crops. Furthermore, located in Slovenia 161 km² vineyards.

In Slovenia, the alpine climate, Continental and středomořské.Většina Slovenia has a continental climate, the average temperature is -2 ° C in January and 21 ° C in July.

The most important mountains of Slovenia are the Alps, which extend to the territory north of the state. On a relatively small area, we find 210 peaks exceeding the threshold 2000 m, 24 one is higher 2500 m. Alp is the highest horouSlovinských Triglav – 2864m, which is also the highest mountain in Slovenia.

The largest and longest Slovenian river Sava is. Originates at the confluence of the Sava Bohinjka and Sava Dolinky, springing in the Julian Alps. Flows across the whole territory of the state from north to southeast. Another important river is the SOCAN west Slovenian Alps. The sources also in the Julian Alps near the mountains Jalovec. Soca has very clean water. Slovenia has a large number of lakes of glacial origin, but which are rather smaller. Were found in the Alps 19. The largest is Lake Bohinj (3,5 km ²) and Lake Bled (1,5 km ²).

Slovenian Alps is found only one territory Statue National Park. It is the Triglav National Park. Its area is flat between the largest protected area in the Alps. Includes space with height 180 – 2800 m (Tolminska Korita - 180 m, Triglav – 2864m), two-thirds of the park are above the tree. The main objective of protection is to preserve nature intact velehorského whole and native vegetation and fauna. Park was declared in r. 1961 and at first only an area 2000 has. 27.5. 1981 the area was extended to today 83 807 has (4% the whole territory of Slovenia). National Park Administration in Bled. Statute natural park is in the Slovenian Alps declared area Logarska dolina.

Planinarstvo means in Slovene mountaineering and it has a long and rich history. In 1893zde was founded the first Alpine club and in 1895 began for all fans of the mountains, the magazine Planinski Vestnik. First huts are built in the Slovenian Alps since 1894. The first cottage based Bohemia, byla Czech Republic hut at levels. This stylish building located in the Savinja Alps beneath the mountain Jezerska Kočna, built SPD members of the Prague section (Slovinsko planinarsko družstvo) headed by Bohuslav Franta and Karel Chodounsky. In those years began to build the first tour guides and maps. A distinct personality between Slovenian climber was Julius Kugy, which entered the history of Slovenian Alps many first ascents and his love for this region. In 1949 was opened first long-distance trekking route in the Alps-Slovakia Planinarski pot, Measuring up 800 km and connecting Maribor and seaside seat Ankaran. It currently has around SPD 90 000 Members (roughly every 20. Slovenian).